You are here: Home / Bio

I was born and raised in Narrogin, Western Australia. I picked up my first camera at the age of 10. It was a Kodak Brownie which I had a lot of fun shooting Black & White film.

After a few years I progressed to a 35mm fixed lens camera and won the Junior Section of the local Agricultural Show Photographic awards on a couple of occasions.

After that I progressed to my first SLR and won the Senior Section of the local Agricultural Show Photographic awards on three occasions.

I learnt to develop my own black and white films and prints at 14 and also experimented with Cibachrome Colour prints from a number of colour slides.

Graeme Barrett Photography commenced shooting Portraits and Weddings in 1982. In 2005 I had the room to build my own studio and really expand my equipment.

Over the past couple of years I have had the opportunity to photograph some exceptional model talent in addition to family portraits and weddings. I primarily shoot digital now but still shoot film when I have the chance.

I have been happily married to Brenda for 29 years and we have a beautiful daughter (Rebekah) who was born in January 2006. As of the 1st February 2011 I relocated to the Mandurah / Rockingham area but willing to travel for your photo project.

The AIPP advocates for excellence in imaging and is the membership organisation of choice for professional and aspiring image makers. 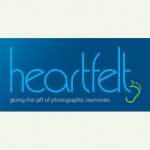